Coming next winter, a brand-new quadruple chairlift will be installed at Manning Park Resort ski hill to replace the existing Orange Chair.

At a large gathering on Sunday morning, General Manager, Vern Schram, made this major announcement at the ski hill location where the new lift will be installed. Schram stated that “work will commence at the end of the current winter season and the new Doppelmayr four-person chairlift will be ready to take skiers and snowboarders up the mountain at the beginning of Winter 2019/20.”

Schram’s enthusiasm was evident as he talked about the work that is in progress for the mountain already this winter, as well as referencing the many improvements in the past five years at Manning Park Resort, which include the addition of the Alpine Room for weddings and group functions, the completion of five new premium cabins, new pavement around the Resort and other significant infrastructure upgrades.

The new quad chairlift represents the largest investment since owners, Kevin and Donna Demers, purchased the company in 2013. The new chairlift will replace the iconic Orange Chair, which has been in place since 1970.

In attendance for the announcement were representatives of local user groups, season passholders, staff and local residents, who were thrilled to learn the news. Many had no idea of the plans for the chairlift. The mayor of Princeton, Spencer Coyne, was also in attendance to hear about it firsthand.

“We are looking forward to a great year at the ski hill to celebrate the Orange’s last year,” says ski area manager, Andy Boulé. “We can’t wait to show you the areas on the mountain where we have completed brush cutting, entrance widening and run reclaiming this year, as well as showcase our new Rockstar sponsored terrain park.”

The ski hill is tentatively scheduled to open weekends from December 1st, then seven days a week from December 14th onwards. Some more snowfall is required before the opening dates are confirmed, although snowshoe trails are now available.

See some of the announcement here: https://www.youtube.com/watch?v=7GnNAFG8wEg

Comments are closed for this article! 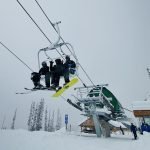 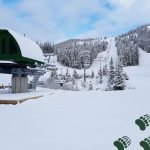 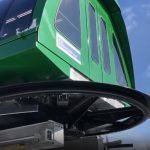 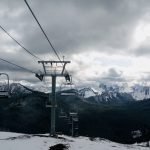